Mr. Frazier started with Hatteras in 1965, holding the position of supervisor over station 2 electric, machinery installation and mechanical prefabs. From 1968 through 1973, he applied his talents in the electrical engineering department and gained further knowledge and experience which would prove to be invaluable to the company. In 1973, Walt was appointed Field Service Representative and held that position until he retired in 1997. 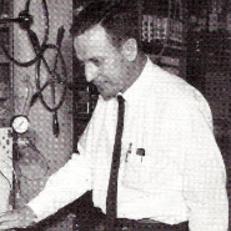 Mr. Everhart was employed by DAAR Construction Company before coming to Hatteras in 1959. He was hired to assist Don Muklow in producing the plugs and tooling necessary to build a 40 foot fiberglass yacht. After the tooling process was completed, he was named Supervisor of the Lamination Department. This was, and still is, the department responsible for the construction of all major components made of fiber glass. In 1963, Mr. Everhart was promoted to the position of Plant Superintendant and remained in that position until 1977. At that time he was promoted again and became the Director of Product Assurance for the New Bern facility. He continued this responsibility until he retired in 1985 with 27 years of service.

John Waring, a former commercial airline pilot, was employed as the full-time pilot for the company’s twin Beach airplane. Before coming to Hatteras, Waring did some private flying back in 1951 before winding up in the Marine Corps as first infantryman, then as tank pilot (“Cracker box Jockey,” as he calls it).  After the Marines, he attended Commercial Flight School in Richmond (studied Chemistry at R.P.I. in his spare time) and then began flying commercially for Holladay Aviation, a commercial commuter service based in Charlottesville, VA. Always a fellow with two jobs at one time, he also taught Navel and ROTC classes in Aviation Technology at the University of Virginia while flying for Holladay.  From Holladay, he went with Piedmont Airlines as executive pilot.

Mr. Waring later joined the Hatteras team in November of  1965.

After serving as company pilot for several years, John applied his knowledge of the company and accepted the challenging position of Director of Sales for the Trawler Division. With many years of success behind him, he left Hatteras and followed his passion in the Aeronautics field.  John acquired the FBO (Fixed Bases Operations) for the Charlottesville, Virginia Airport and remained as President for that operation until he retired. 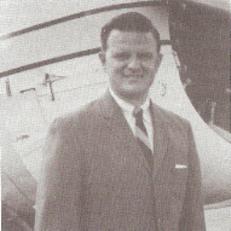 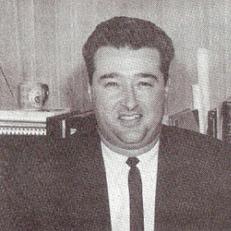 Mr. Britt, a native of North Carolina, joined the Hatteras staff as an accountant. Britt graduated from East Carolina University in 1962, served two years in Korea and was employed by the A.M. Pullen & Co., accounting firm in Greensboro, before coming to Hatteras. While performing an audit for Hatteras in 1965, he was asked by J.L. Bull to join the team as Office Manager. After moving into purchasing, he later moved to the New Bern facility to take charge of purchasing.  In 1997, he returned to High Point as Division Director of Purchasing for both the High Point and New Bern plants.  After 35 years of service, Mr. Britt retired in 2000.

Prior to his tenure with Hatteras, Mr. Smith was the Field Superintendant for Clark Construction Company in Greensboro, NC.  He joined the Hatteras team in July, 1962, as the Pre-Fab Foreman before becoming the Assistant Superintendant.  In 1967, he was transferred and given the assignment to design and make operational a new facility in New Bern, North Carolina.  Mr. Smith remained at this facility as the General Manager until 1972.  Leon left Hatteras to pursue other opportunities and became President of Harrell Marine in Jacksonville, Florida and made it one of the most successful Hatteras dealerships. After several years, the marina sold and Mr. Smith moved back into manufacturing arena accepting the position of Director of Product Assurance for the Chris Craft Corporation.  ​

After three years, he returned to Hatteras once more as the General Manager over the New Bern plant.  In December 1977, he was called to Miami to head up the prestigious Allied Marine where he remained as President until 1987.   With the sale of Allied Marine, Mr. Smith went on to become the President of Fountain Power Boats in Washington, North Carolina and maintained that position until he retired.

It all started in the spring of 2004, when Leon Smith contacted some old friends and asked if they would like to meet for lunch. The luncheon took place in Greensboro, N.C., and after a couple of hours revisiting old times, good memories and classic stories, it was decided to make it an annual event. This was the beginning of what has become the Hatteras Reunion and has grown from five men to several hundred men and women. The reunion is now celebrated each year in High Point and New Bern North Carolina. 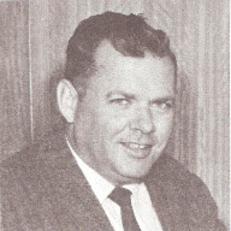